Living on Long Island gives students the peace of mind that they can live and study comfortably in the New York Metropolitan area. Set 40km outside the city, students can explore Long Island's famed beaches, including the Hamptons and Long Beach. The sparkling coast makes the perfect backdrop for having fun with friends at the boardwalk or dining at restaurants offering fresh seafood and other local favorites. Lush forests also make their home on Long Island, giving students with an adventurous side the chance to hike and discover natural beauty just outside of campus. For more exciting tips about living on Long Island, visit our City Guide. 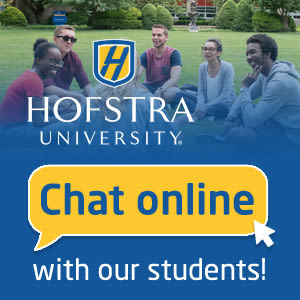 Campus community, with a view

Integrated seamlessly into Hofstra's campus and career opportunities, New York City provides students with further opportunities for exploration. Students can experience endless restaurants, sites, and diverse activities. Whether they are enjoying international cuisine, soaking in cultural sites, or proving their worth at a competitive internship with top organizations, students will benefit greatly from their connection to New York City. 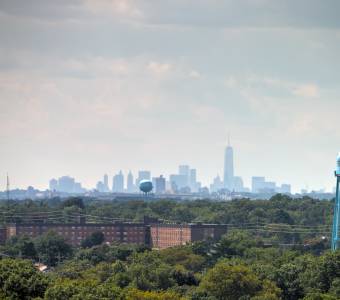 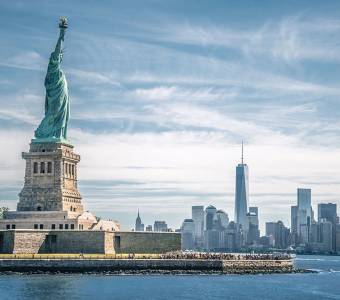 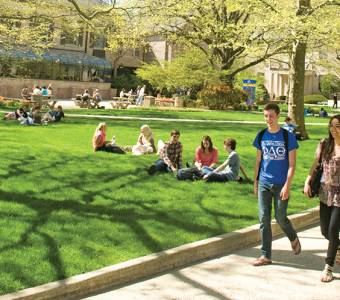 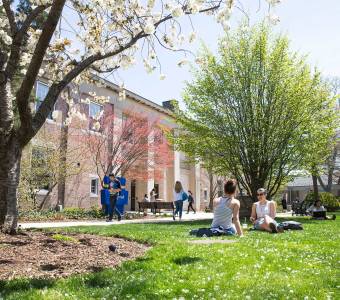 Long Island, New York is full of local favorites and well-known attractions. You'll find many shops, restaurants, sites, and natural beauty within minutes of the university. Take a quick study break or spend an afternoon experiencing your local surroundings. Campus is centrally located on the island, and you can easily access these hotspots:

Nightlife in the City and Long Island

If you prefer to stay away from New York City and closer to campus, you will still find plenty to do. Whatever you are in the mood for, there's omthig for everyone. For a fun night on Long Island, try one of the following:

Sports to participate in and watch

In the New York Metropolitan area you will find plenty of sports teams to cheer on. You can easily get to the city for a game any time of the year, as various teams always have something going on. Root for the Giants or Jets in the National Football League in the fall. In the winter, choose from the Rangers or Islanders in the National Hockey League or one of several National Basketball Association teams in the area: Knicks, Nets, or Liberty.In the spring and summer, enjoy a Major League Maseball game watching the Yankees or Mets play.

If you're a fan of playing sports, Hofstra has athetics teams year-ound. Choose from football, basketball, running, golf, field hockey, and more.

Tastes from around the world

Living on Long Island offers students an affordable and easy way to dine. From friendly restaurants to quicker meals, there are food and beverage options for every taste. If you crave something more adventurous, New York City offers unlimited restaurants, which you can explore at your leisure. There are over 20,000 restaurants within the five boroughs on New York City, according to the NYC Department of Health.

Live near the shopping capital of the world

Festivals and events on Long Island

Fairs, festivals, and events fill the annual calendar on Lond Island, New York. You and your friends can join the fun and participate in a number of activities. Learn about other cultures, enjoy food and drinks, or simply relax and enjoy the scene. Some of the annual festivals and events include:

Transportation on Long Island and into New York City

Nearly every form of transportation services Long Island, New York. These include three major airports, railroads, highways, and subways. Air travel to Long Island is easy. The three large airports with regularly scheduled commercial airline service are the John F. Kennedy International Airport and LaGuardia Airport, both in Queens County (in New York City), and the Long Island MacArthur Airport, (sometimes referred to as Islip Airport), a smaller airport in Suffolk County on Long Island. Travelers heading to or from Kennedy Airport may use AirTrain to connect with the Long Island Rail Road in Jamaica or the New York City Subway in Jamaica or Howard Beach.